October is here and by now you have probably seen many houses in your neighborhood decorating for Halloween. With all the scary decorations and spooky costumes, many don’t stop to think about how much is spent each year on Halloween, which might be the scariest of all. 2020 was definitely disappointing for those who look forward to celebrating Halloween each year, but 2021 certainly made up for that. According to Investopedia.com Americans spent a record $10.14 Billion Dollars on Halloween. It is expected this year of 2022 will set a new record totalling $10.6 Billion Dollars. Now that’s a lot of candy and skeletons!

But where did Halloween come from? Origins date back to the ancient Celtic festival of Samhain. The Celts, who lived 2,000 years ago, mostly lived around what we now know as Ireland, the United Kingdom and northern France. November 1st was celebrated by the Celts as their New Year, marking an end to summer and the harvest and the beginning of the dark cold winter, often associated with human death. The Celts believed that on the night before the new year, the boundary between the worlds of the living and the dead became blurred. On the night of October 31 they celebrated Samhain, when it was believed that the ghosts of the dead returned to earth. Of course there are other theories and versions that historians have noted that date back hundreds of years. Whichever you believe, one thing is for sure – $10 Billion Dollars is a lot of money!!

With a lot of little ghosts and goblins running around, especially as dusk turns to night, it is important we remain more vigilant to keep Halloween safe for all. Here are some Do’s and Don’ts for consideration:

* Do help your trick-or-treaters to see at night. Look for costumes that use face paint instead of masks.

* Do plan a route ahead of time.

* Do always walk with adult supervision or in a large group with at least one older appointed chaperone. Plus, it’s more fun for the little trick-or-treaters to be with spooky friends than spook alone.

* Do remember to cross the road safely at crosswalks or street corners. Point to indicate your intent to cross, pause to double-check and make eye contact with any drivers, then proceed when it’s safe do so.

* Do lift up your mask (if you’re wearing one) for a better view before crossing the street.

* Do have a safe, quiet place for your pets. Strangers and costumes may put them on edge.

* Do always expect the unexpected when driving. Watch out for children jaywalking, crossing driveways and stepping out from behind parked vehicles.

* Do make eye contact with pedestrians when driving. Masks and costumes can reduce a child’s view of the road.

* Do stay focused and alert behind the wheel. Avoid distractions like cell phones and other electronic devices. Give them the night off and keep your mind on the road.

* Don’t wear dark costumes without adding reflective strips to be more visible to drivers. Carrying glow sticks is another fun way to stand out.* Don’t leave any dangerous items like tools, cords and debris in your walkway or yard. They can cause tripping hazards, especially at night when harder to see.

* Don’t enter houses or get into cars of anyone you don’t know. If an offer is made, politely decline and then tell an adult right away.

* Don’t begin eating your new stash of candy until it has been checked by an adult.

* Don’t eat too much of your new stash of candy too quickly. It’s not going anywhere. Better to eat little by little and not wake up with aching little tummy’s.

* Don’t drive distracted. Remain vigilant at all times, especially when it gets dark. Best to drive at reduced speeds, especially in higher pedestrian areas.

* Don’t drive intoxicated by alcohol or other substances that make your driving skills impaired. Not only is it illegal, but it can cause a fatality.

Did You Say $10 Billion Dollars?

Yes we did! Well, Investopedia did. According to Investopedia, all that cash is spent on the following during Halloween celebrations:

It is also suggested that one quarter of all candy sold in the U.S. annually is purchased for Halloween. Now that’s a lot of sugar.

With all that money being spent on Halloween, here are some tips to help save a few of those hard earned dollars.

Q: Who is Stingy Jack?
Check for the answer and interesting facts below. 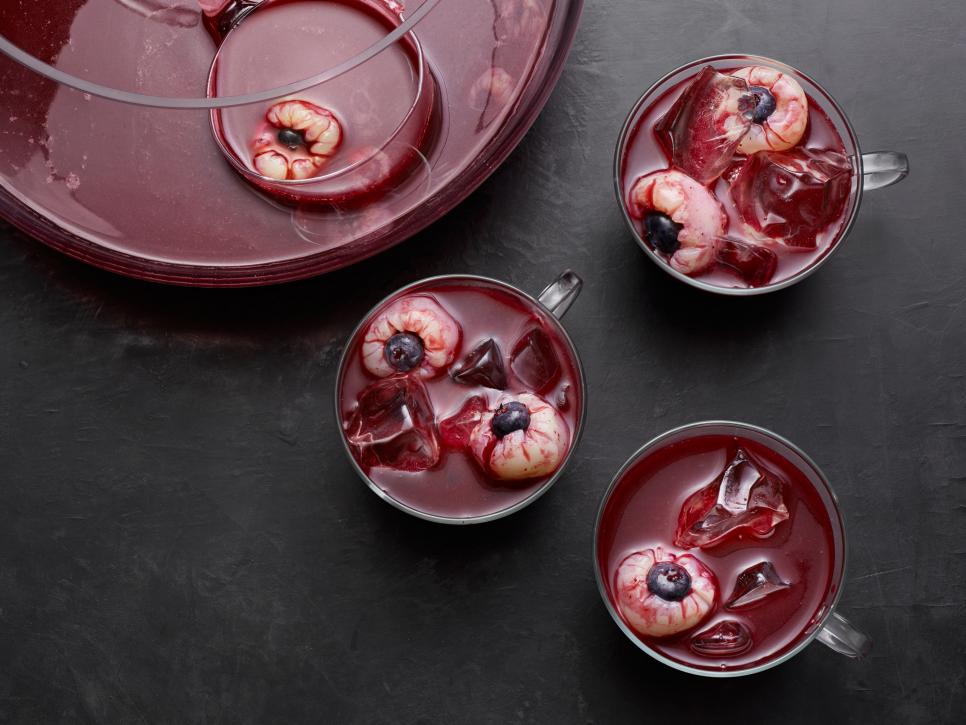 All “eyes” will be on who dare take a sip of your eyeball punch. Here’s how to make your scary drink this Halloween.

Be sure to check out other delicious recipes on the Food Network website here: https://www.foodnetwork.com/

A: Stingy Jack is an Irish myth! People have been making jack-o’-lanterns at Halloween for centuries. The practice originated from an Irish myth about a man nicknamed “Stingy Jack.” According to the story, Stingy Jack invited the Devil to have a drink with him. True to his name, Stingy Jack didn’t want to pay for his drink, so he convinced the devil to turn himself into a coin that Jack could use to buy their drinks. Once the devil did so, Jack decided to keep the money and put it into his pocket next to a silver cross, which prevented the devil from changing back into his original form.

To continue reading what happened next check out
https://www.history.com/news/history-of-the-jack-o-lantern-irish-origins for the rest of the story.