Prior to 1776, America was part of Great Britain, now known as the United Kingdom. In the 1600’s people would travel from Great Britain to settle in what we know today as North America. From 1607 to 1732, the British founded 13 colonies: Virginia, New York, Massachusetts, Maryland, Rhode Island, Connecticut, New Hampshire, Delaware, North Carolina, South Carolina, New Jersey, Pennsylvania, and Georgia.

As these colonies grew, the people who lived there thought the British government treated them unfairly. For instance, they had to allow British soldiers to stay in their homes and had to pay taxes on items such as tea. The colonists were not happy having to follow these laws and rebelled. As a result, the Revolutionary War between the colonists and Great Britain began in 1775.

The colonists decided they needed to declare their independence in writing to explain their reasons and gain support from other countries like France. On July 4, 1776, a small group of representatives from the colonies – called the Continental Congress, adopted the Declaration of Independence.

Written by a committee led by Thomas Jefferson and signed by people from all 13 colonies, it was initially rejected by the British government. This led the colonists to continue their fight for independence until they defeated Great Britain in 1783.

Today, the Declaration of Independence is housed under heavy security at the National Archives in Washington D.C. This document is recognized around the world as an important message of self-governance and human rights. The second sentence of the declaration reads: that all people are created equally and have rights that include life, liberty, and the pursuit of happiness.

It would be hard to celebrate the 4th of July without fireworks. But for the inexperienced, fireworks can be very dangerous. If you are unsure about fireworks safety, leave them to the experts. Each year fireworks cause injuries and even death. Most common injuries are to the hands, face and legs. But if you are going to light your own fireworks show, here’s a few safety tips to know.

Fireworks Ignition:
Q: Who was the 22nd President of the United States of America?
Check for the answer and interesting facts below. 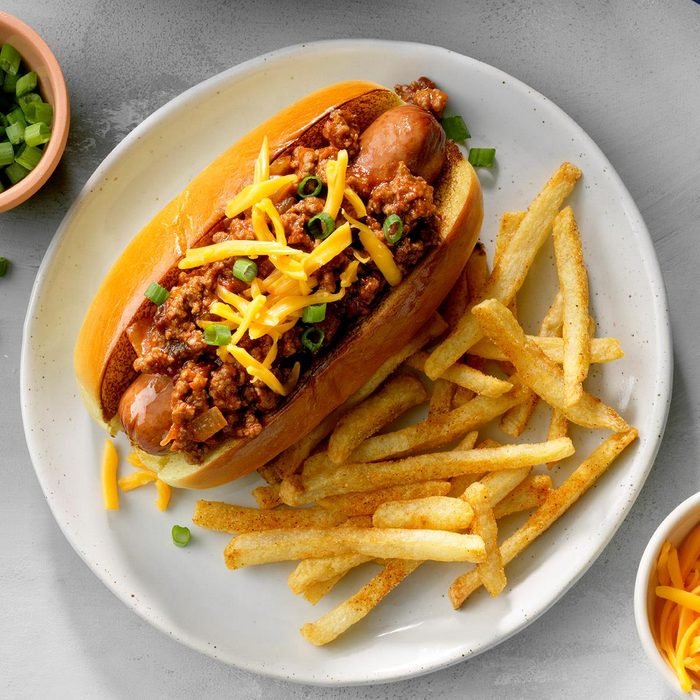 Photo by: Taste of Home https://www.tasteofhome.com/recipes/chipotle-chili-dogs/

What’s the 4th of July without a great hotdog? Here’s a recipe by Barb Templin that keeps the spice levels to a medium so people of all ages can enjoy.

Be sure to check out other delicious recipes on the Taste of Home website here: https://www.tasteofhome.com